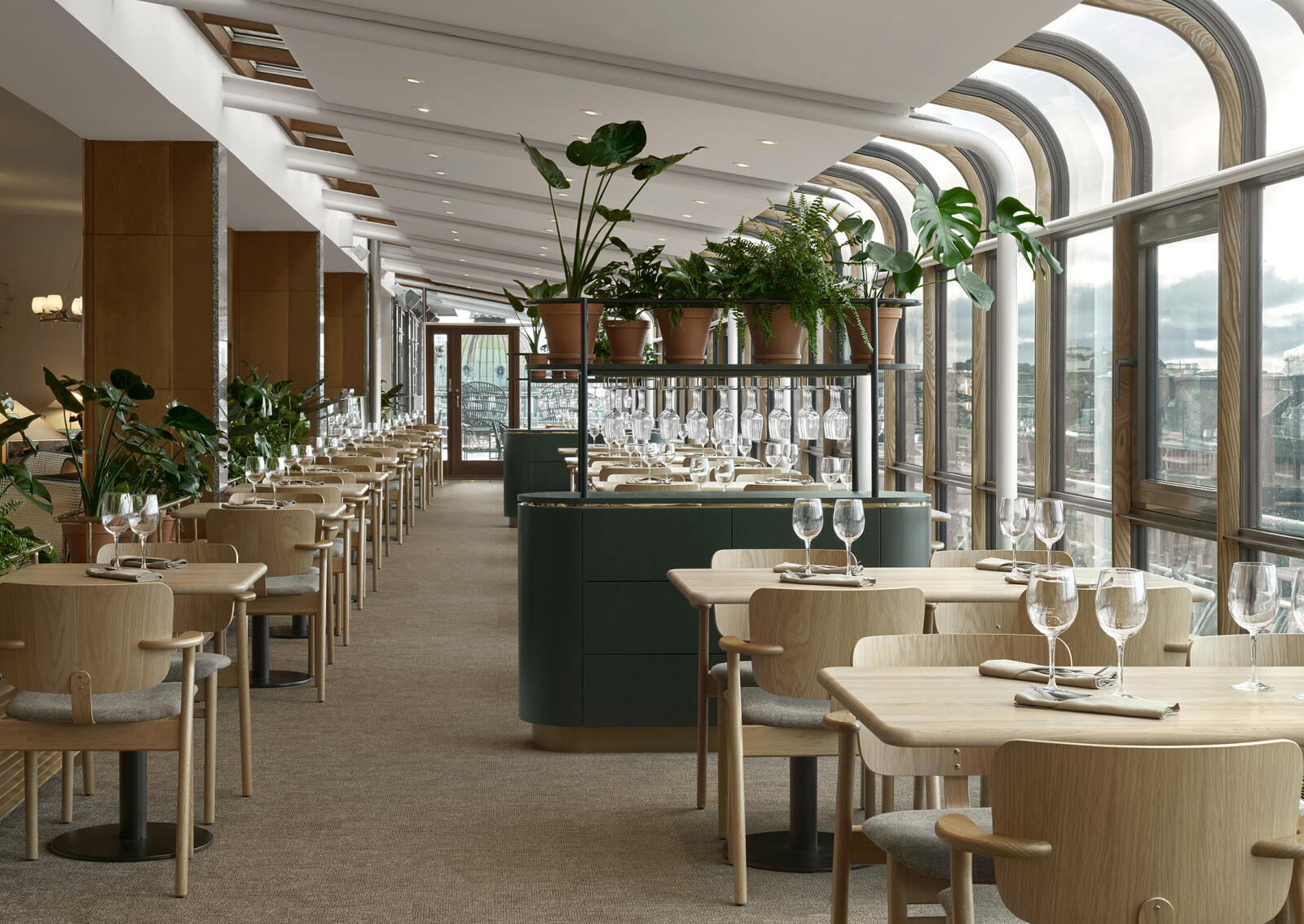 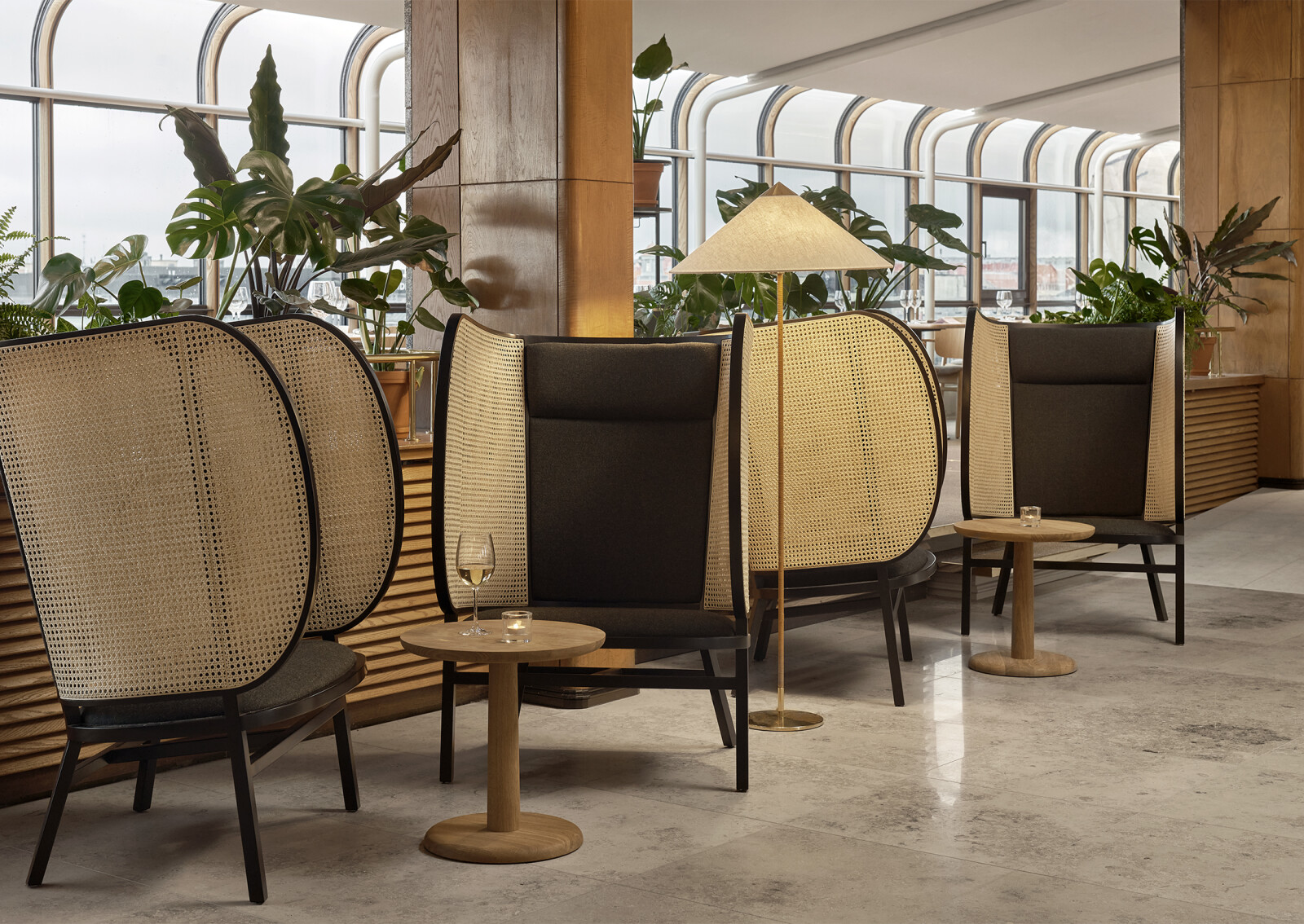 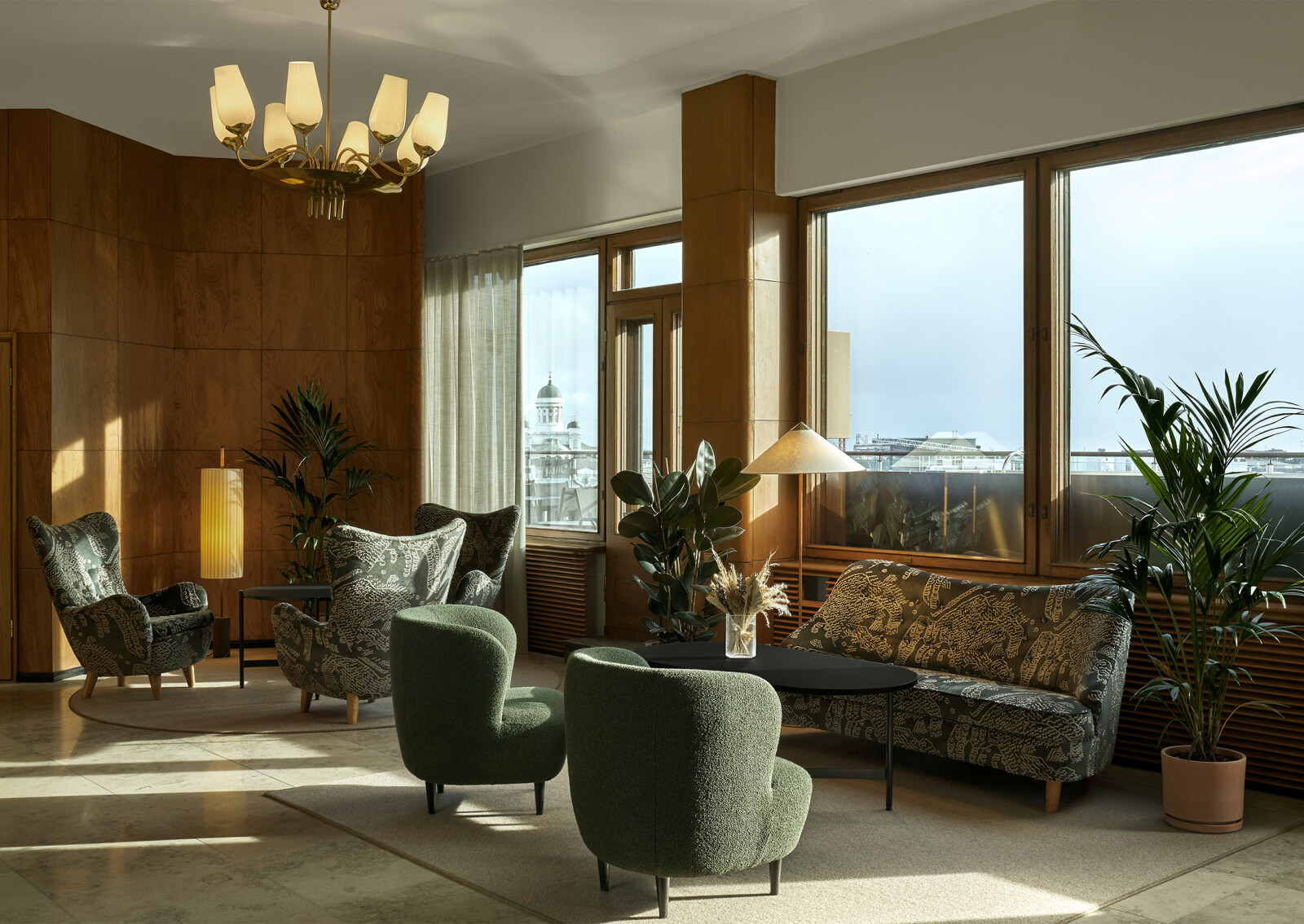 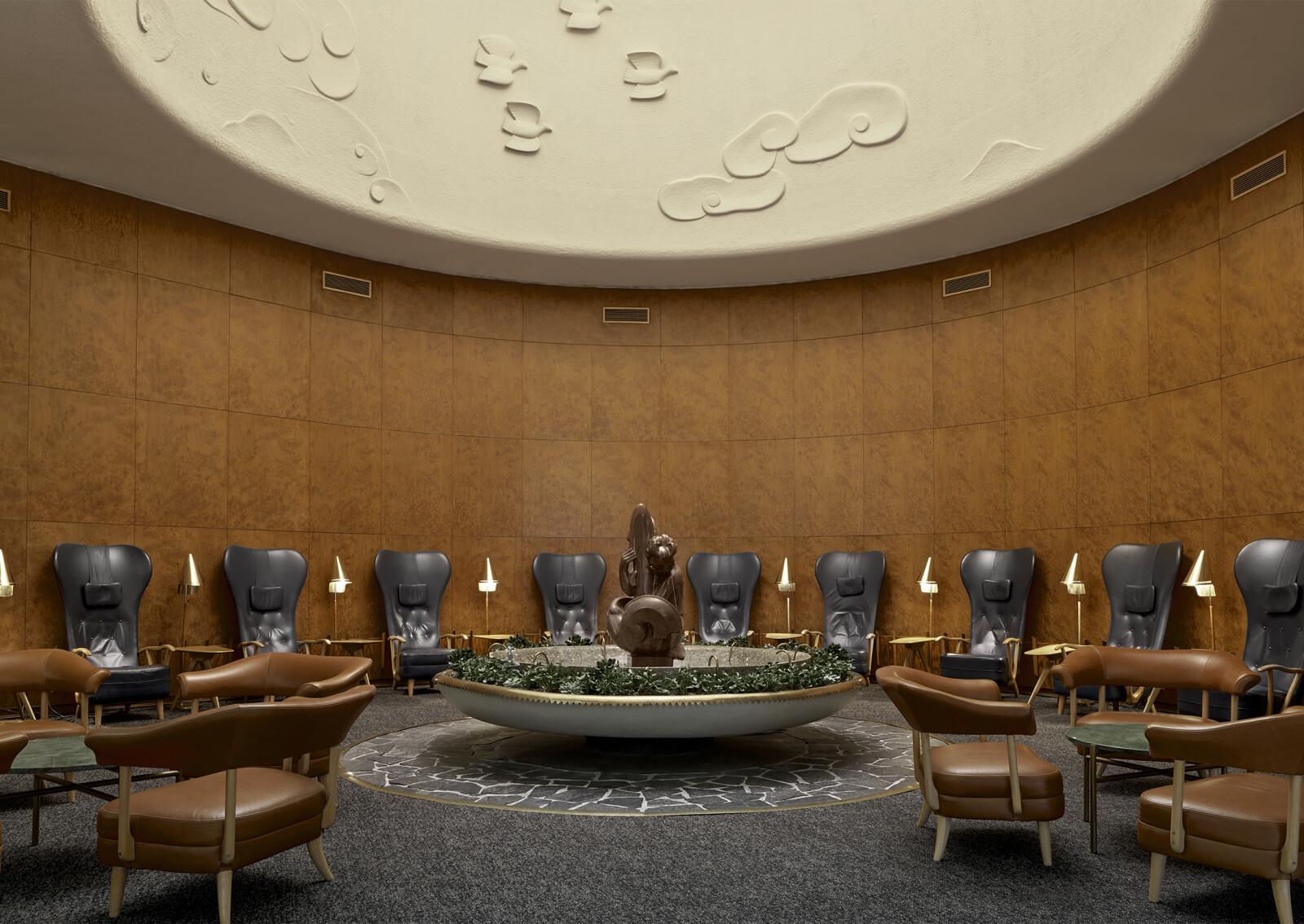 The interior reflects the atmosphere of the building from 1952.

The Original Sokos Hotel Vaakuna Helsinki, completed in 1952, is a landmark of the functionalist era. The mandate for the interior architects at Fyra was to update the interior of the hotel while preserving the 1950s atmosphere with respect for the original design. 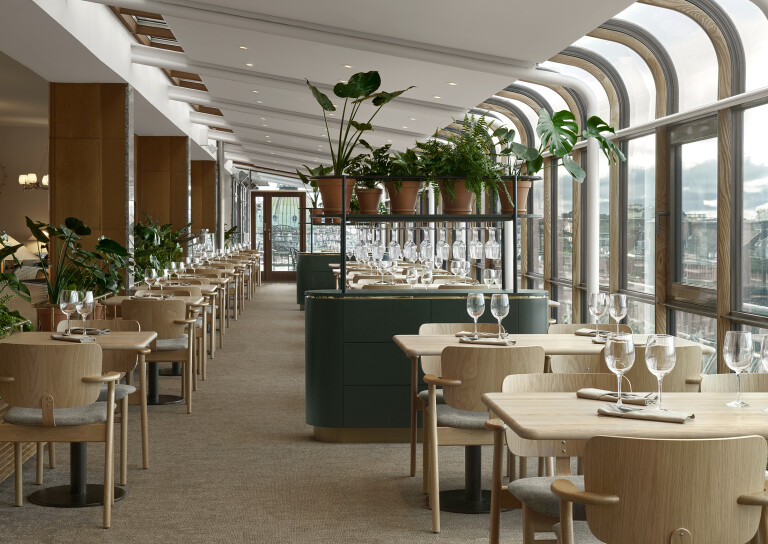 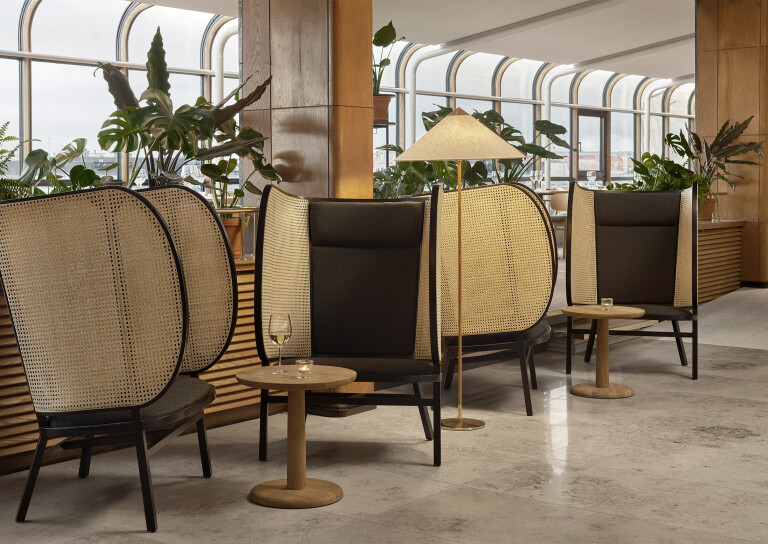 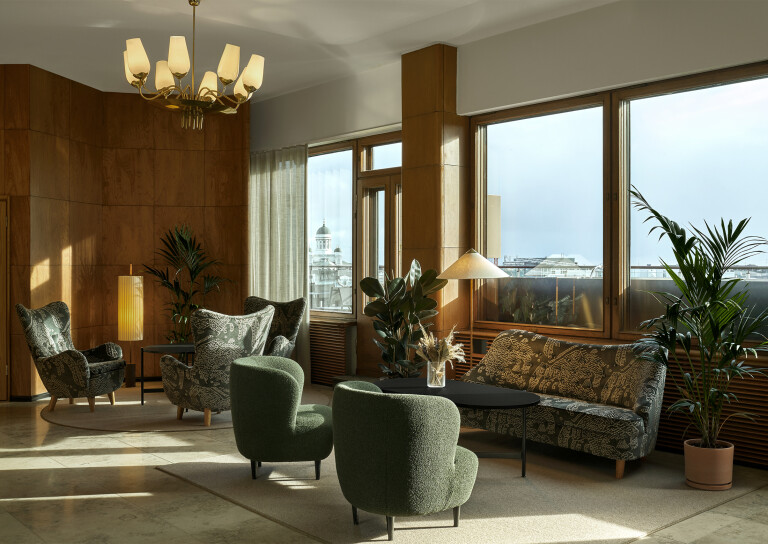 The process involved renovating everything from rooms, lobby areas and corridors to the restaurant on the 10th floor, with partial historically protected status. In addition, original furnishings such as armchairs and light fittings were also refurbished and restored.

The real feature of the restaurant is its magnificent view over the city of Helsinki, and during the renovation, this view was opened up even more, with all visual obstructions removed. The restaurant also boasts many culturally and historically valuable elements, such as the original chandeliers designed by Paavo Tynell. 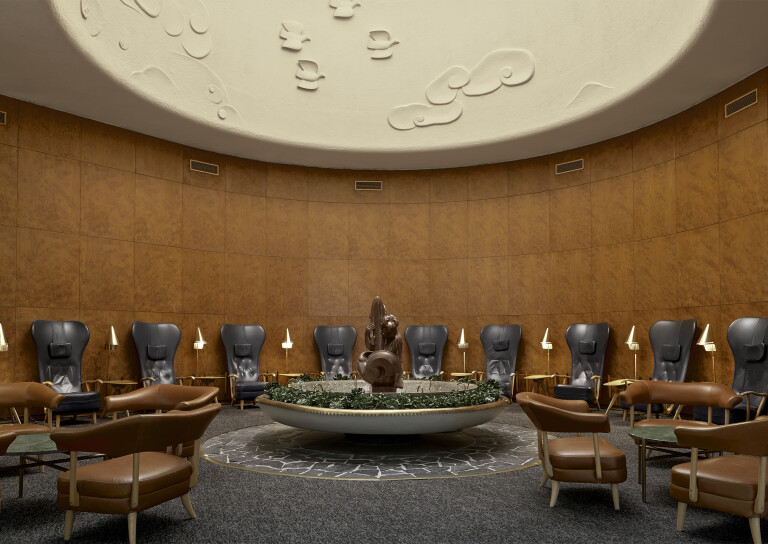 “Over the decades, the building has been both repaired and renovated, so the key task was to visually unify the different parts of the building,” explains Eva-Marie Eriksson from Fyra.

Input interior supplied the furnishings for the 10th floor.

“It was great to be part of this project, where the interior was realized with respect for the valuable cultural and historical atmosphere,” says project manager Janne Härmä from Input interior in Helsinki. 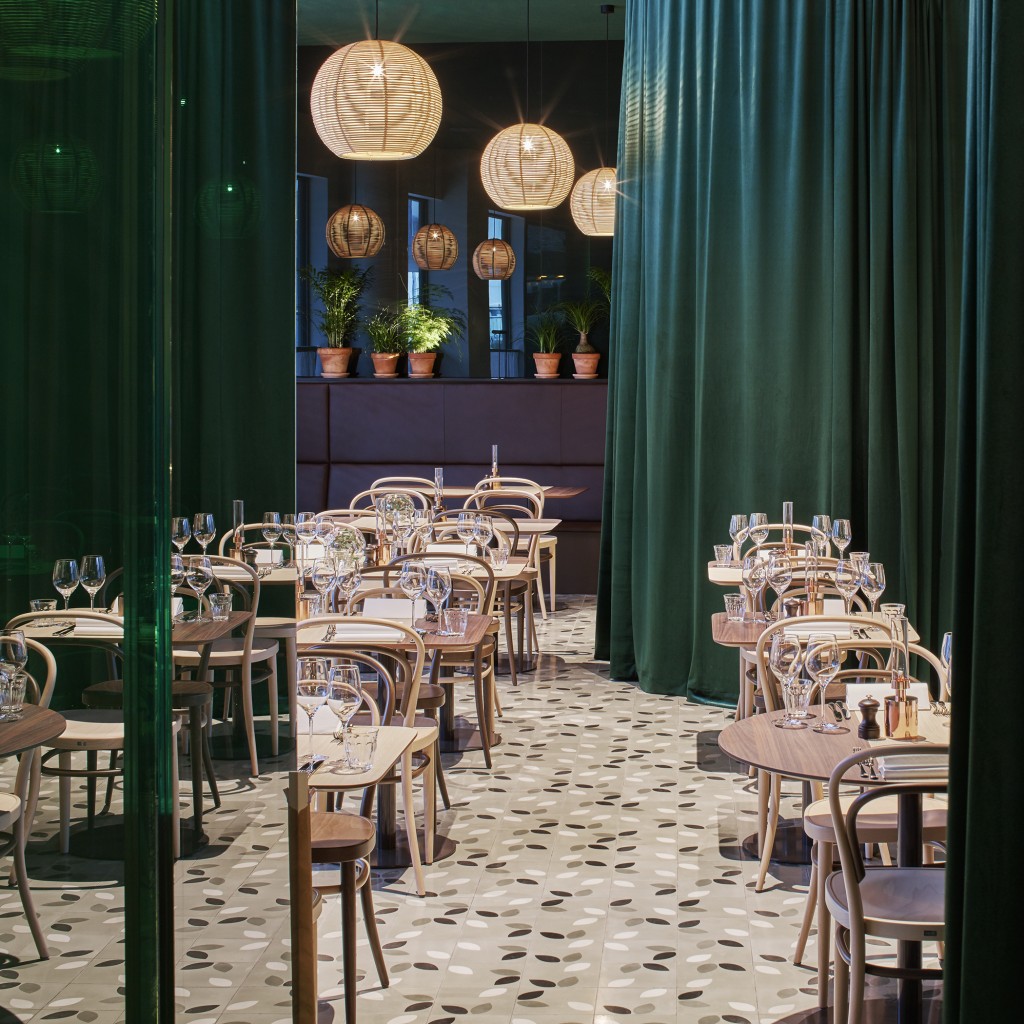 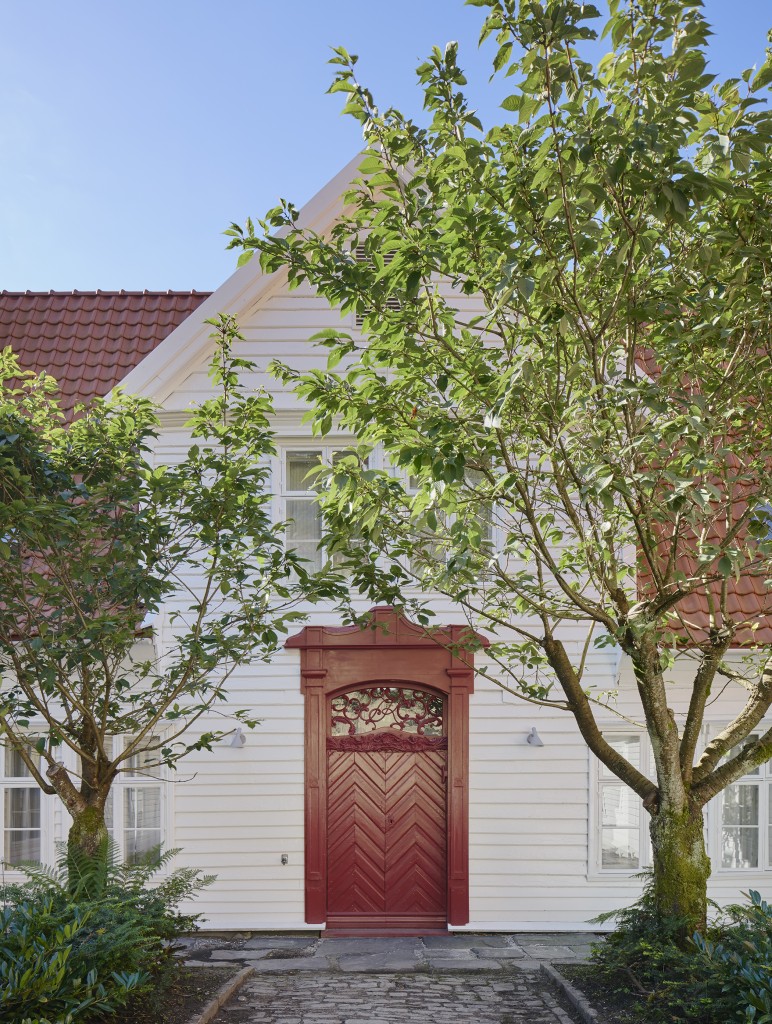 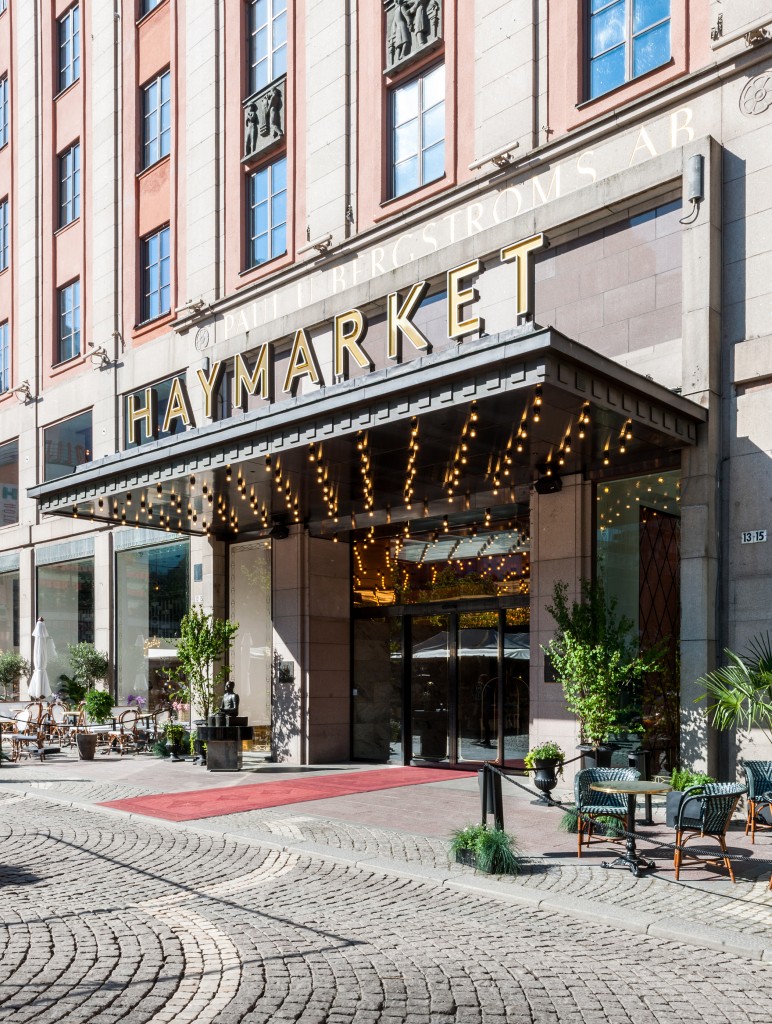 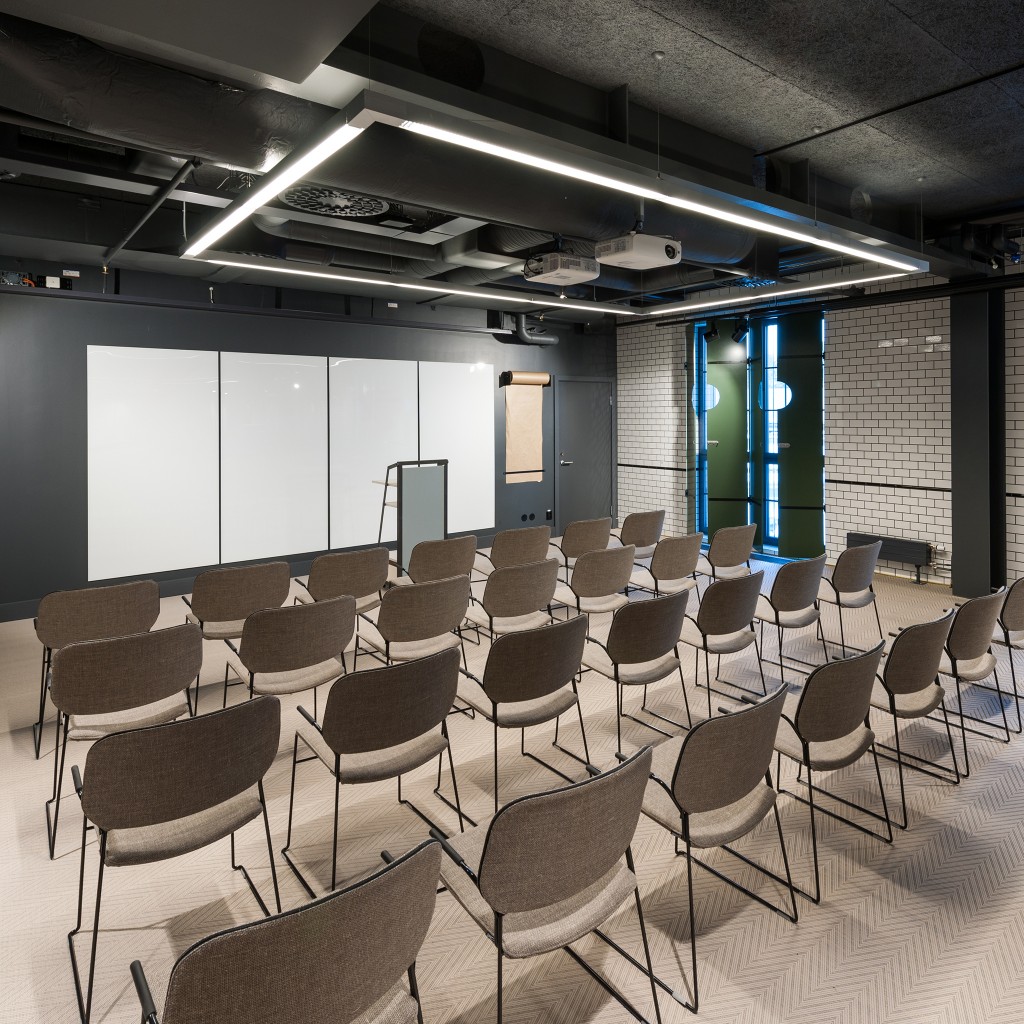 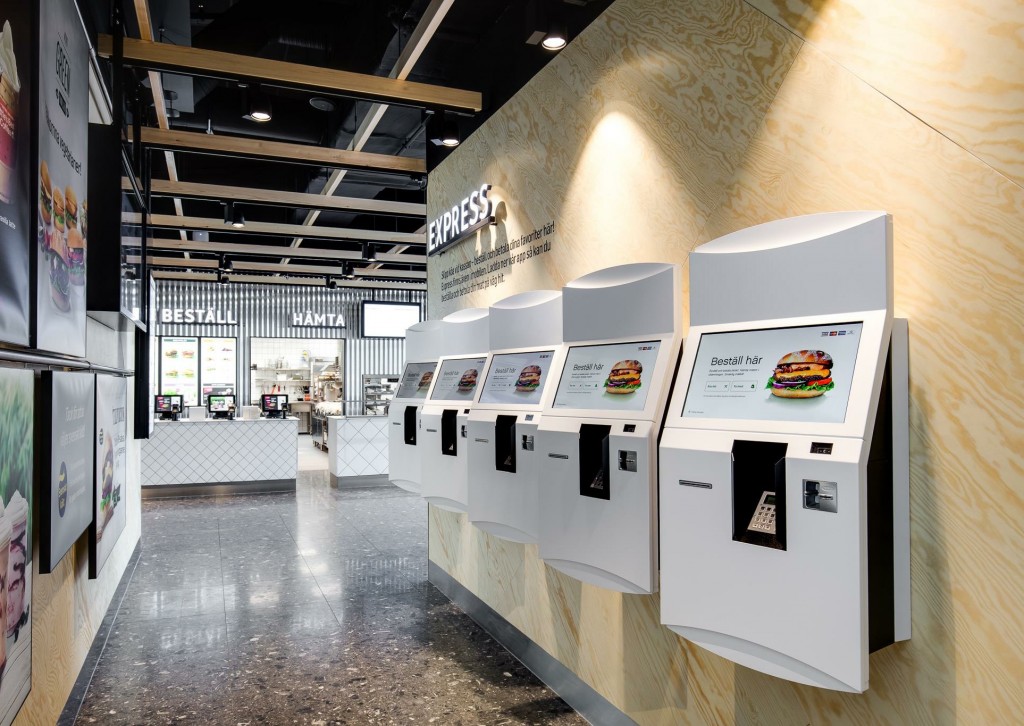 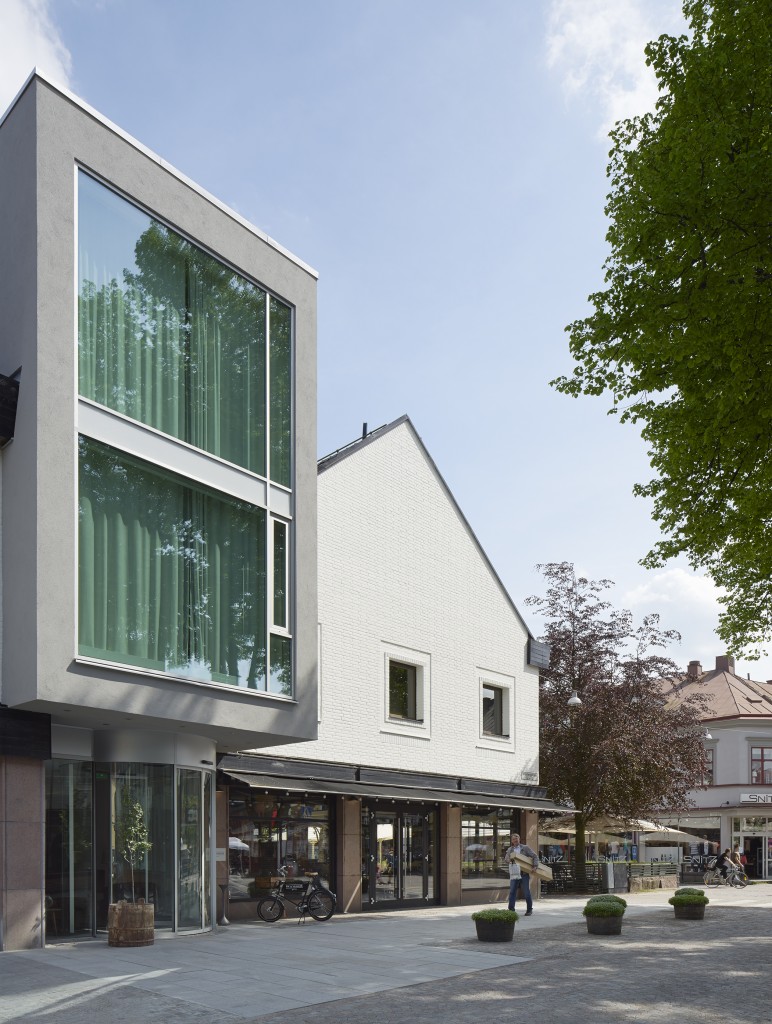 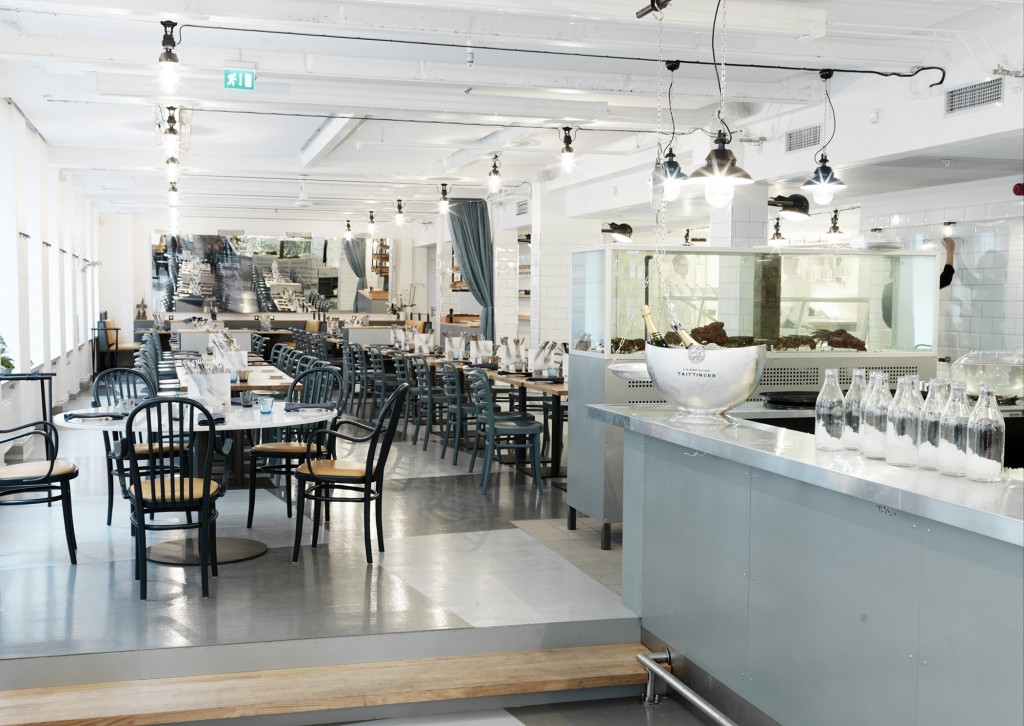 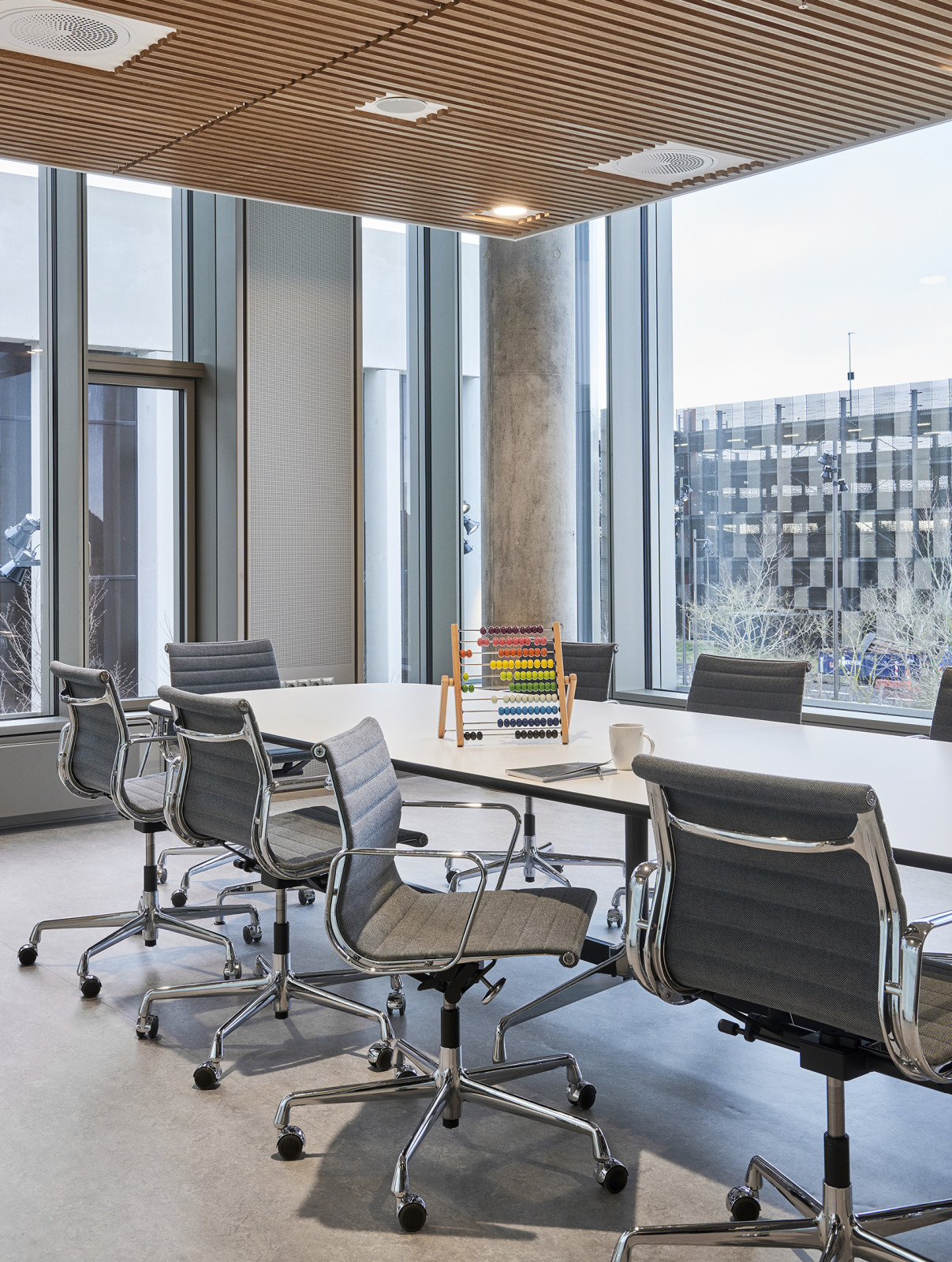